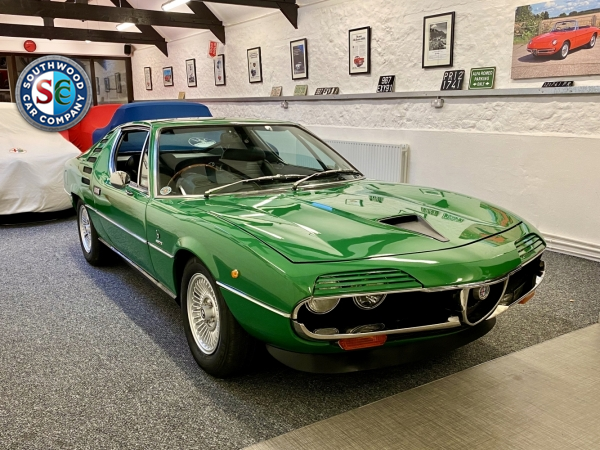 This Alfa Romeo Montreal, chassis number AR1440201, was registered new in the UK on 9th July 1976, one of the one hundred and eighty right-hand drive Montreals produced in the seventies.

Having had just four custodians in total to date, the car was purchased by the previous owner in September 2012 having covered just 56,006 miles and following a twenty-two year layup. He discovered the car at marque specialist Day and White who he used to build and maintain his race car. In a slightly sorry state following its long lay up and a stalled restoration, an agreement was reached to restore it and put it back on the road.

The body was stripped to bare metal with windows out and areas of rust dealt with by the fitment of new panels or the fabrication of replacement items for those not available. Once the original window seals were removed it revealed the car appeared to have been originally metallic green and not red as it presented at the time.

Mechanically the engine and gearbox was fully rebuilt. Day and White also rebuilt the suspension and brakes and then overhauled the starter motor and alternator before fitting a new wiring harness to the car. The ignition was upgraded to electronic using Luminition ignition boxes, replacing the original and unreliable Bosch capacitor discharge units. The original Spica mechanical injection system was sent Afra in Milano, Italy for refurbishment and re calibration

As the project neared completion the radiator and oil coolers were recored and the oil catch and petrol tank refurbished. The original 6.5J X 14" Campagnolo Magnesium - Aluminium wheels were professionally and carefully soda blasted, refinished and shod with new, period correct Pirelli tyres.

The original black leather interior was in good condition, commensurate to the low mileage, despite of its age, so the decision was made to carefully remove it, thoroughly clean and treat and reinstall it with new carpets throughout.

On completion in 2014 the car was the cover car on the AROC magazine which published an article regarding its rebuild. After completion the car was run, used and tested to arrive at a snagging list to fettle if following all the work carried out.

AR1440201 has covered just 4,000 miles since bringing its total mileage to just 59,250 miles and comes complete with a good history file dating back to 1984 with many old MOT certificates to substantiate the low mileage.

The current number plate is available by separate negotiation if required, alternatively we will approach the DVLA to have the original number plate re issued to the car. 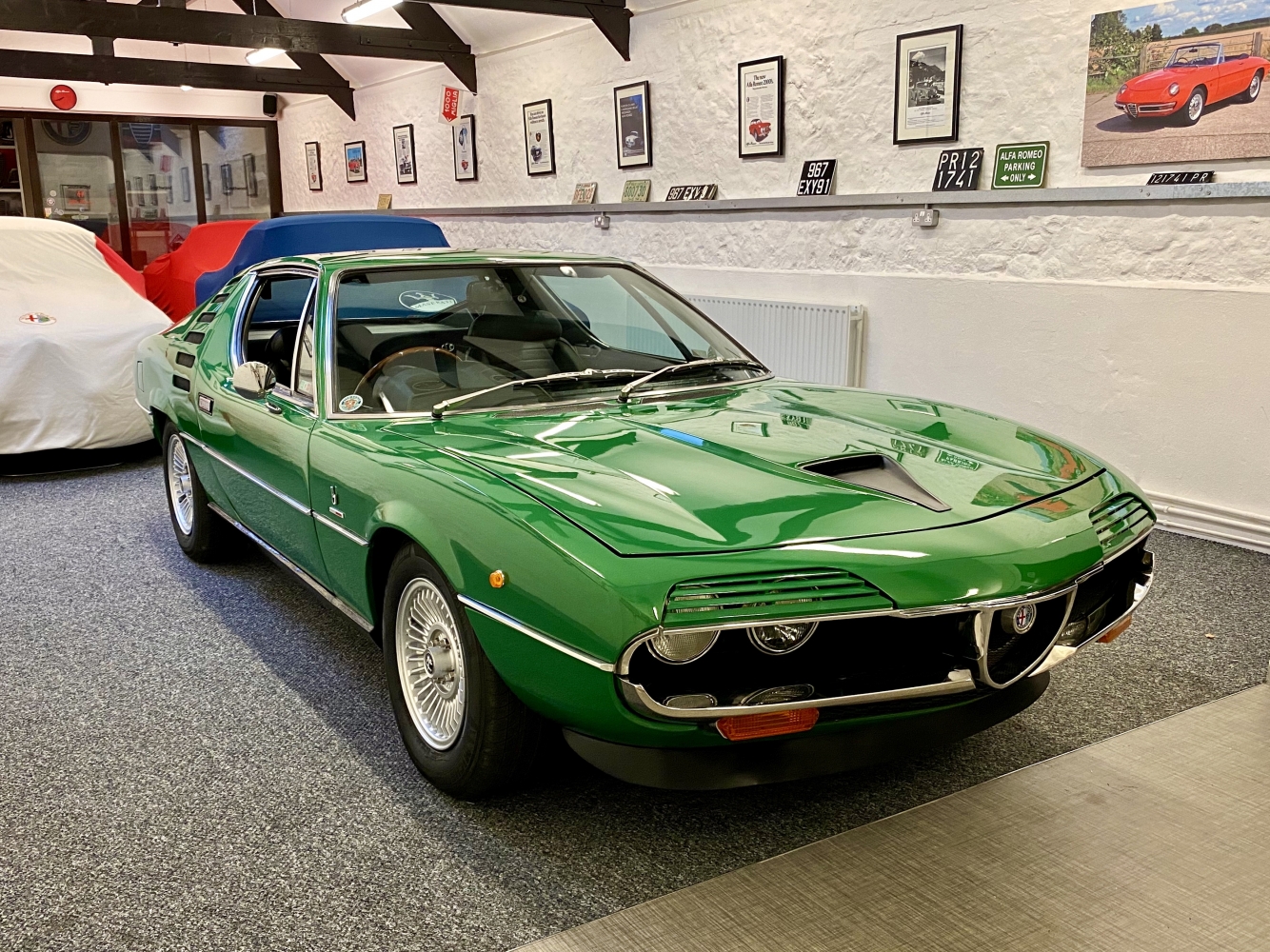