*** Viewing by appointment only please ***

According to Alfa Romeo Automobilisimo Storico, chassis number AR1456643 originally corresponds to an Alfa Romeo 1750 GT Veloce RHD (105.45), manufactured on the 20th April 1971 and sold on the 3rd May 1971 to Alfa Romeo UK, London. It was delivered in Alfa Rosso with black interior.

This genuine UK RHD 1750 GTV is in excellent order throughout, having covered just 73,000 miles, which is substantiated by a comprehensive and interesting history file and previous MOTs. Presented in Alfa Rosso 501 and black Skai interior, it comes with the original owner's handbook, manual, sales brochure and radio instruction book.

David Etteridge a well-known car collector of Sidmouth, Devon, purchased this GTV with just 49588 miles covered from its original owner in 1977. He kept it until he passed away in March 2011, having covered just 9,000 miles in it.

In the late 1980's during his ownership, David Etteridge commenced a complete restoration. His standards were exacting. The car was completely stripped down to its body shell. At great length, Mr Etteridge sourced genuine Alfa Romeo parts from EB Spares (documented in the history file). This was not an easy task back then. With the body shell finished in AR501 Alfa Rosso cellulose, the project stalled. The car remained in David Etteridge's own dry storage barn, disassembled with its original engine, gearbox, transmission and all components boxed and documented, until his death in March 2011. Following his death his executors commissioned Bonhams Auctioneers to sell his eclectic collection. David's Alfa Romeo was in good company, amongst a number of desirable cars, none of which had been seen in public for over 30 years. His Aston Martin DB5 was sold as a barn find, in amazing condition after 30 years in storage, showing Mr Etteridge had ensured his car collection had been preserved properly over the years.

His 1750 GTV was sold by Bonhams in March 2012 as a shell, complete with all its original components for reassembly. The new owner immediately employed a marque specialist to carry out a full bare metal respray, which was photographically documented. This revealed that the car was completely corrosion free, never having had any major structural welding. It was rebuilt from the ground up and fully recommissioned.

With just 58,000 documented miles covered and in excellent condition, we supplied the car to its last UK previous owner in 2014, who has subsequently taken care of and maintained her meticulously ever since.

During his ownership he has carried out an extensive program of improvements to ensure this GTV is in superb condition in all respects and has used respected marque specialists for all works carried out.

Having now covered just over 73,000 documented miles from new and with the level of recent works carried out, as you can imagine this GTV performs as well as it looks cosmetically. Few cars have had such a meticulous schedule of maintenance and improvement, so this car therefore represents a compelling proposition to a new owner seeking an excellent condition and perfect performing 1750 GTV, with a comprehensive service and maintenance history.

Please do not hesitate to contact us for further details or to arrange a viewing. 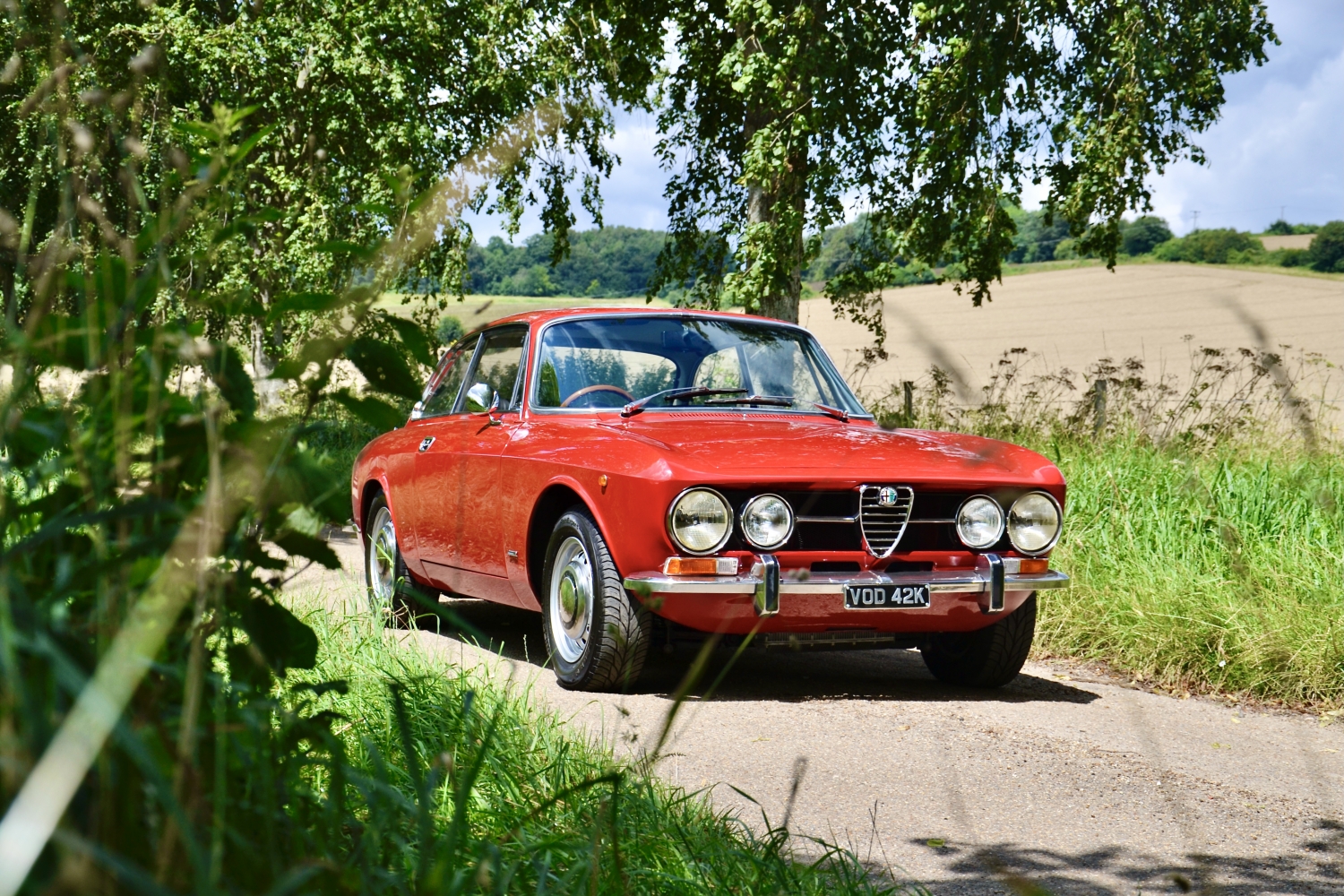