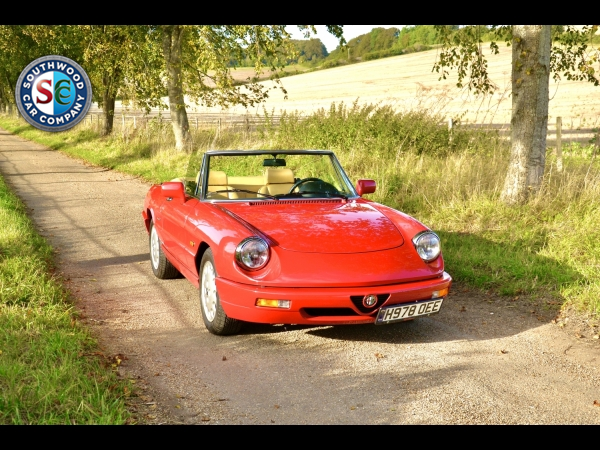 In 1966 Alfa Romeo launched the 105 series Spider to replace the ever-popular Giulia Spider which had itself been launched in 1962. Both cars penned by Carrozzeria Pininfarina from their headquarters in Grugliasco, nine kilometres west of Turin. Over the following twenty-five years, the 105 Spider underwent three redesigns by the legendary Carrozzeria until in 1990, from their new factory in San Giorgio Canavese north of Turin, emerged the final version, the Series 4 Spider.

The Series 4 Spider featured Bosch Motronic fuel injection, power steering, electric cooling fan, electric windows and mirrors and onboard diagnostics and today has a firm following as an Italian retro classic. A perfect blend of classic lines with more modern reliability and creature comforts, happy on A or B roads or crossing continents.

This Spider available from Southwood is as you would expect - an extraordinary example, delivered new to Germany it was sourced by a fastidious UK collector from the original owner in April 2017 following a long search for a perfect example to add to his discerning collection of factory original motor cars.

It arrived in the UK with just 32,663 km (just over 20,000 miles) covered, was registered on May 1st 2017 and issued with its UK registration. It has subsequently been kept in heated and dehumidified storage and has covered less than a hundred dry kilometres since, including our recent recommission and preparation following its purchase.

So, other than the low number of owners and kilometres covered, why is this S4 so special? Well, it is completely factory fresh, every panel is covered with Rosso Alfa Doppio Strato factory paint (that is translated as two coats) and a paint gauge reveals 1.6mm of paint coverage on all areas of all exterior panels. The often fragile seats, tan interior and carpets remain in remarkable perfect and original condition. The underside is perfect and factory original as is the engine bay and the boot compartment. Oh and the soft top is factory original, no fading and is drum tight. In short, we believe you could not find a better example, on the market or not.

If you are looking for the best please call us for further details or to arrange a viewing. 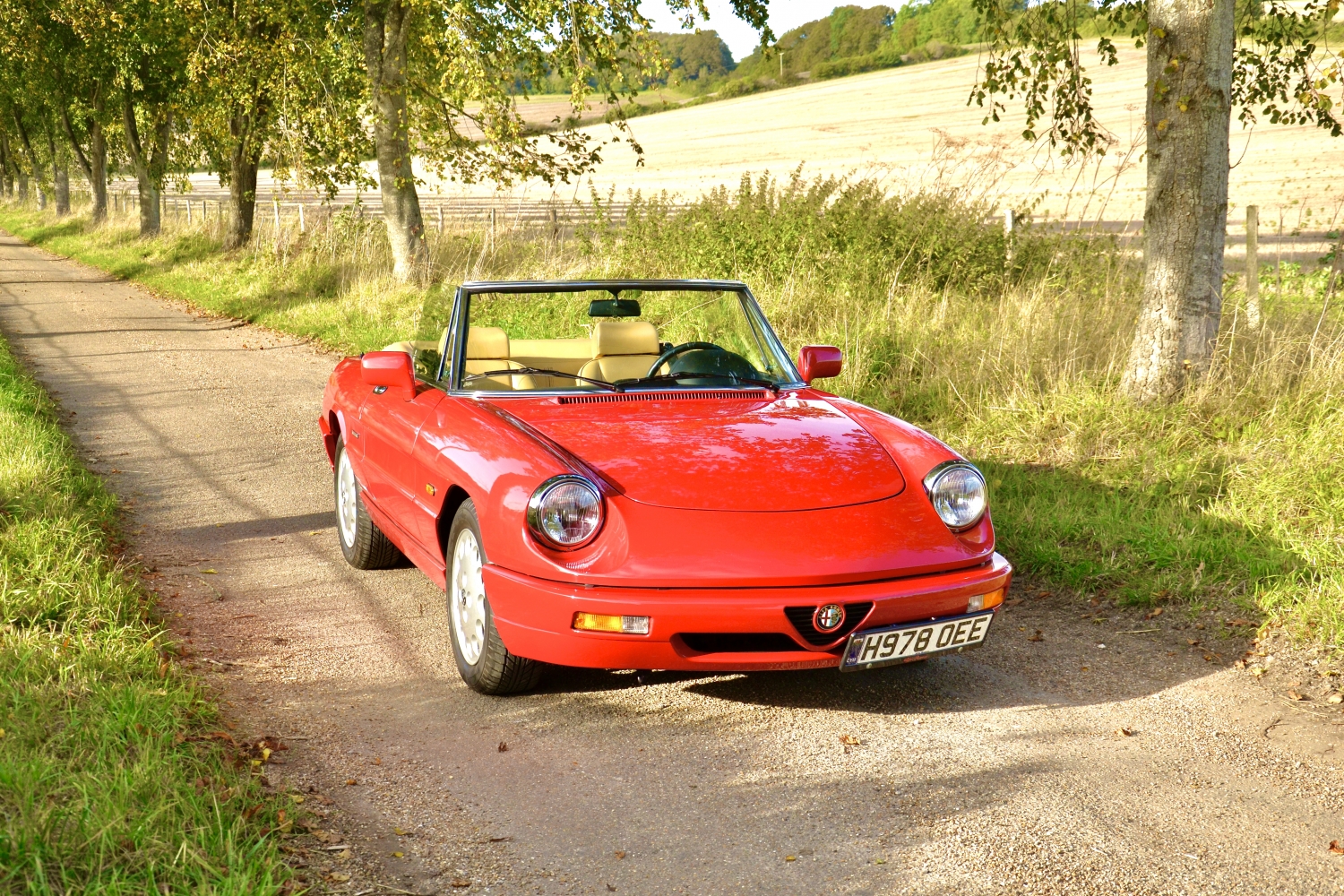