** VIEWING BY APPOINTMENT ONLY PLEASE **

This Duetto, chassis number AR710123, was purchased new by Mr J.R.M Rocke of The Manor House, Pendomer near Yeovil in Somerset on the 1st July 1967.

It was supplied by Rob Walker Corsley Garage of Warmister in Wiltshire. Mr. Rocke owned his Spider until he passed away in 1993 and only he, and occasionally his chauffeur, ever drove the car.

At this time Martin Webb, a long term Alfisti, had always had dreams of owning a Montreal. When he came to the realization that his budget could not stretch to buying or owning his coveted Montreal, he decided to set his sights on owning the best Duetto he could and started his search.

He set about finding a one-owner car to restore to the highest standards possible. After rejecting a number of cars he came across AR710123 through the owners club and managed to purchase the then white Duetto from the executors of Mr. Rocke's estate for Â£5,750. It was just what he wanted, a good condition one-owner car with only 38,000 miles covered.

Martin collected the Duetto on 20th October 1993 by trailer. From this point the photographic trail of a superb restoration starts. Martin entrusted John Timpany of the Timeless Motor Company in Chelmsford to dismantle and strip the car entirely. Surprisingly there was little corrosion evident but the car was sent to R.J. Beeby's in Cambridge who replaced metal where required. Once completed and sand blasted the bare shell was returned to John Timpany for painting and reassembly with every component refurbished and refinished.

The restoration took three years to complete and is documented in five full photo albums with Martin Webb's comments detailing the work carried out and Martin's attention to detail. On completion Martin owned the best Duetto in the UK and possibly further afield. The car became the benchmark for Spiders in the Alfa Romeo owner's club and won just about every award possible. Martin loved showing the car.

On August 31st 2002 disaster struck, AR710123 suffered a carburetor fire and the bonnet, inner and outer driver's wing and wiring were damaged. Not satisfied with â€˜patching up' his Duetto, Martin set about a second restoration. With no rust to deal with, the aim was to ensure the car was even better than before. The car was once more stripped to a bare shell, repaired and repainted. A new wiring harness was fitted and all components cleaned and powder coated where applicable and the car reassembled once more. The end result was sublime and the work was documented in a further three photo albums. It remains in the same cherished condition and is now offered for sale by Southwood. This is the best Duetto money can buy, bar none. It has great history and provenance and is well known within and beyond the owner's club.

Martin enjoyed his Duetto to the full until he passed away in 2011 and the car stands testament to him and his passion and desire to own the most perfect car. On his death Martin's widow passed the car on to it's last owner who has kept the car in great order. A true enthusiast, the Duetto sat next to his 1968 1750 Veloce Spider within his collection of cars. It is only available today, as his historic racing commitments and other cars do not leave enough time for it to be enjoyed.

Over the years it has won dozens of concours awards, featured in a number of magazine articles, was on the front cover of Chris Rees's definitive book of the Alfa Romeo Spider and was the feature car of the complete round tail chapter and has most recently been used by Alfa Romeo in a soon to be released video of the 50th anniversary of the Spider.

We are proud to offer this special Duetto and feel it is a wonderful opportunity to own the very best example. Please contact Southwood to discuss further or to arrange to view. 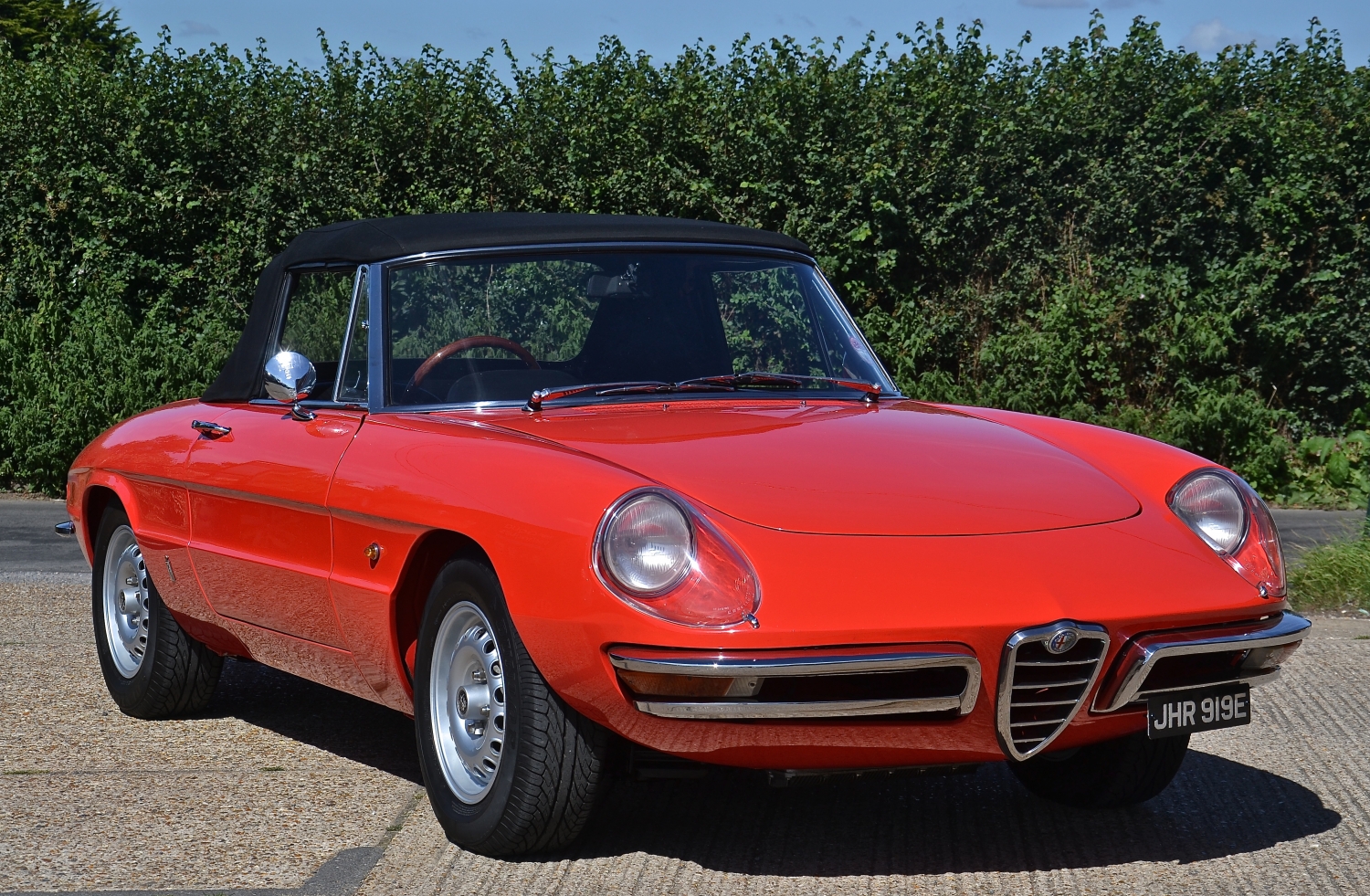