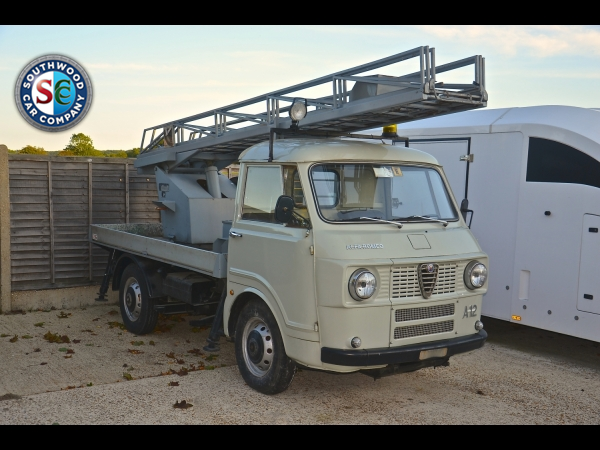 **VIEWING BY APPOINTMENT ONLY PLEASE**

Something unusual for your collection?

This A12 hydraulic ladder van was originally built for the Italian national electric company ENEL, who used it to to change street light bulbs in the Naples area. Later it was passed on to the local electric company in Benevento where it remained , keeping the lights on, for the town. Having had just two owners and low mileage this A12 runs nicely with great bodywork with all the hydraulics being fully operational.

Imported by Southwood it has been through the HMRC NOVA registration and will be prepared and then registered for a new owner if required.

Being state owned at the time, Alfa Romeo's Autotutto found a ready market with the police, military and other government bodies, possibly as a result of political pressure to buy in-house and not to spend "real money". The typical buyer of a small van or truck, be it market trader, baker or builder, found it difficult to afford the relatively expensive Romeo and so tended to choose the Fiat equivalent instead. Despite this, there were many unusual commercial applications of the Romeo, as shown in the accompanying photographs.

Launched at the 1954 Turin motor show the Autotuttto was originally known as just the "Romeo" but from1966 changes were incorporated and the model was destined to become the F12 & A12. Changes included a hydraulic clutch, adjustable driver's seat and the Giulia 1300 engined.

Abandoning the use of a model name, "F" depicted a furgone, or van, "A" depicted an autocarro or light truck, while "12" indicated the carrying capacity of 12 quintale (1 quintale = 100kg). The F12 and A12 featured a face-lifted Romeo cab or body, with a centre grille similar to that of the Giulia Super, together with conventional front-hinged cab doors and a new dashboard. The Giulia parts bin had clearly been raided - easily recognisable are the Giulia fuel filler flap used to access the radiator filler cap, interior door handles & heater controls. 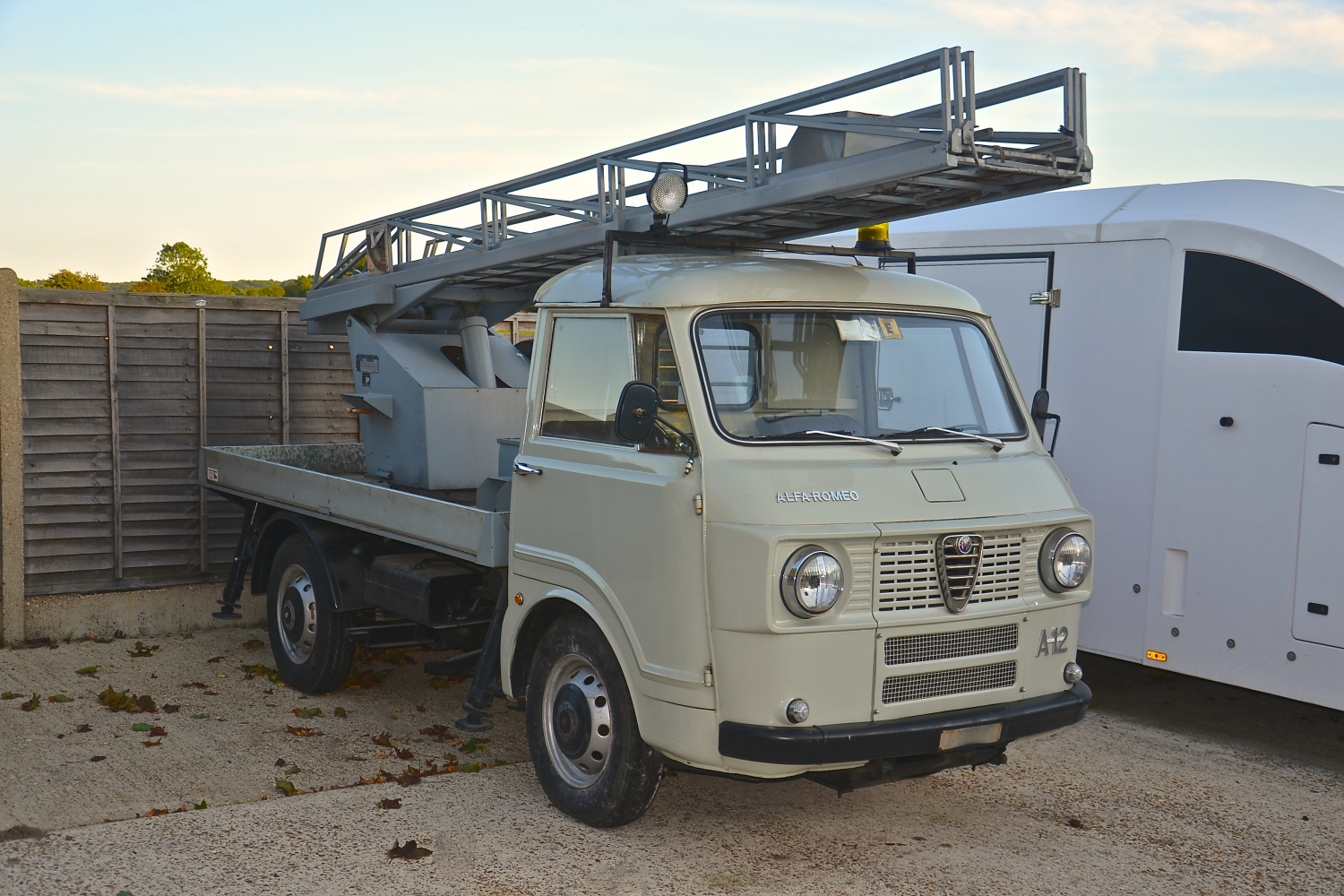