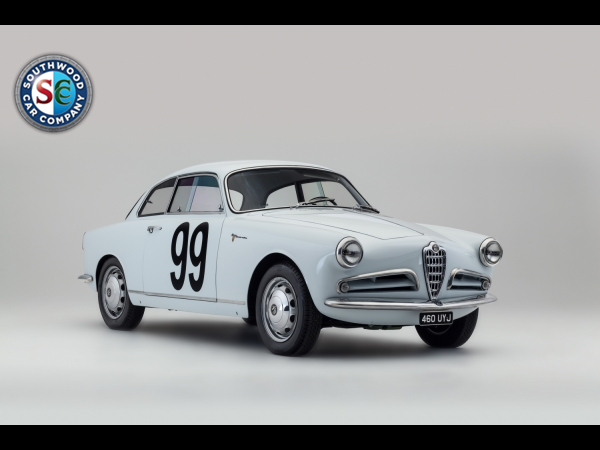 **VIEWING BY APPOINTMENT ONLY PLEASE**

In 1956 Alfa Romeo decided to construct a higher performance version of the hugely successful Giulietta Sprint to compete in events such as the legendary Mille Miglia and Targa Florio. The Alleggerita was born, sharing the beautifully balanced, aerodynamic Bertone body by Franco Scaglione, with the Sprint and standard Sprint Veloce.

The literal translation of the Italian word Alleggerita is lightened and that is exactly what Alfa Romeo did to create this special model. Aluminium doors, hood and boot along with plexiglass window to the sides and rear screens. The interior of the doors were stripped out to the bare minimum with sliding openers to the driver and passenger doors to save the weight of window winders. The front seats were lightened to the minimum, the rear seat removed and no heavy soundproofing. No stone was left unturned in Alfa Romeo's quest to produce a lightweight competitive sporting coupe.

Powered by Alfa Romeo's brilliant new 1.3-litre twin-cam, four-cylinder engine, the Veloce bore an aluminium block with a hemispherical cylinder head and fitted with a pair of Weber 40DCO3 carburettors, produced a marked increase in power over the 62 horsepower specified for the more workaday four-door Berlinas. Mechanical modifications included, high-lift camshafts, magnesium oil pan and intake manifold, special tachometer to denote higher 6,600 rpm redline and larger 21-gallon fuel tank for long-distance racing. Designed to maximise the power to weight ratio each of the largely hand-built Alleggerita models was slightly different from the next. The Alleggerita is notably more responsive and sharper to drive than the standard Giulietta Sprint Veloce, and it immediately proved itself to be a serious contender on closed courses.

The high revving twin-cam motor was a natural fit for competition. Alfa Romeo was keen for experienced and enthusiastic drivers to compete in the Mille Miglia and Targa Florio. In 1956, Swedish racing driver Joakim (Jo) Bonnier entered the Mille Miglia in an Alleggerita Sprint Veloce and finished fifteenth overall, ahead of many more powerful competitors. Coming from a wealthy family (they were the official Alfa Romeo importer in Sweden) and defying his family's wish for him to become a doctor, Jo Bonnier entered the world of Formula One in 1956 at the Italian Grand Prix at Monza. It is unclear whether his drive in the 1956 Mille Miglia, or his Formula One start at Monza of the same year, inspired him to own the special Alleggerita offered here, but the timing is notable.

Bonnier raced in both Formula One and various sports car competitions and was a quintessential gentleman racer of the 1960s. He campaigned this Azzuro Nube Alfa Romeo in several races in 1956, including at the Berlin Grand Prix at AVUS, where he won his class. This Sprint Veloce is also understood to have subsequently driven by Swedish champion Olle Rehnvall in competition during the early 1960s.

This Alleggerita remained in Sweden until it was restored to the highest standards in 2012 under the care of the previous owner. It is presented today as it did when on completion in July 1956. Painted in it's correct Azzuro Nube light blue over white and with blue vinyl trim, is undoubtedly one of the nicest examples of this rare lightweight racing breed. Given it's racing history, it is not surprising that it's original engine was replaced at some point. The 1,290-cubic centimetre twin-cam engine that was fitted in period is a correct Sprint Veloce power plant from late 1957. As you would expect it is in fantastic mechanical order, with a clean and detailed engine bay. Since it's restoration, the Sprint Alleggerita has only been sparingly driven, and it remains in superb condition. Included with the sale of the Alfa Romeo are it's original delivery and registration documents from Sweden. 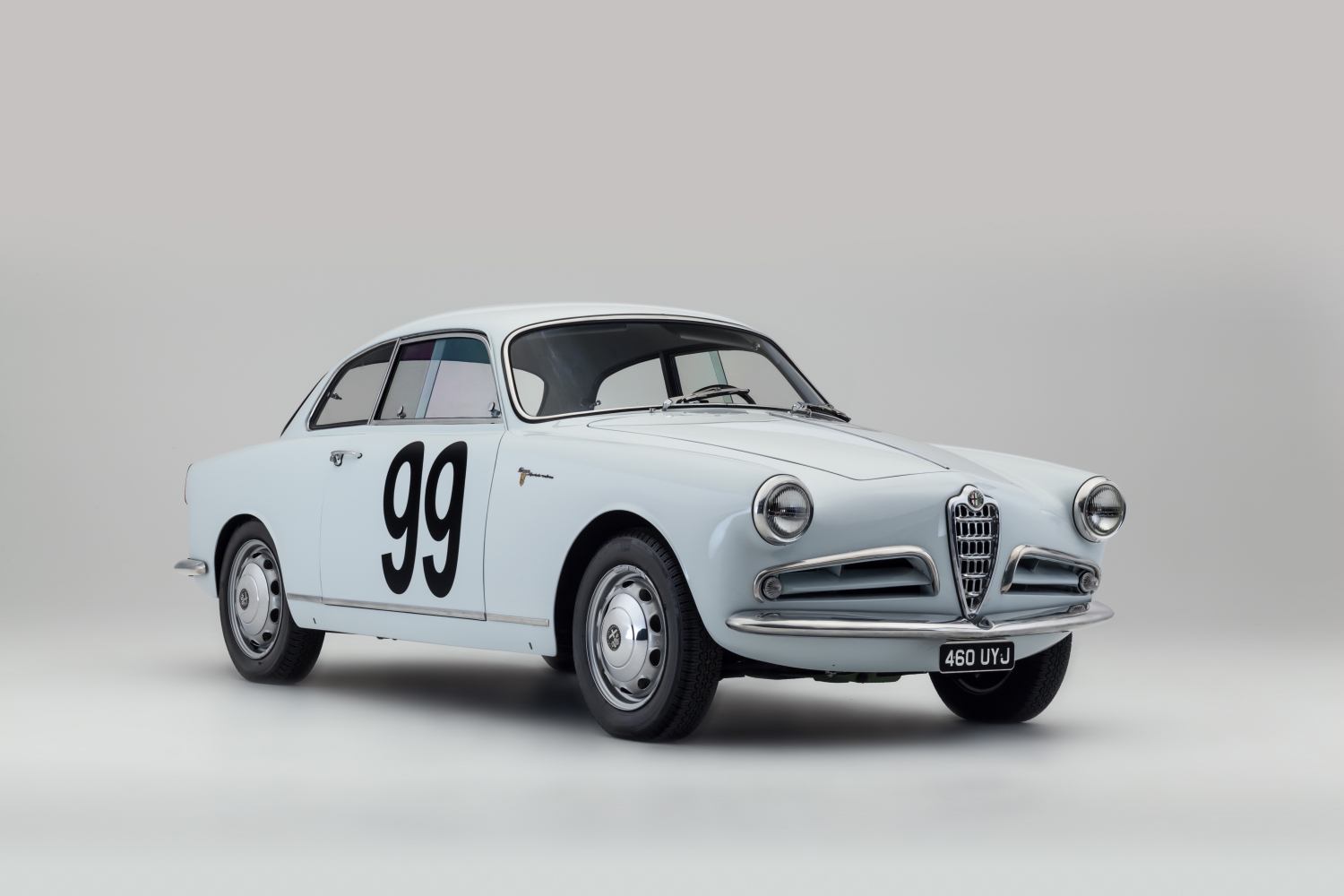