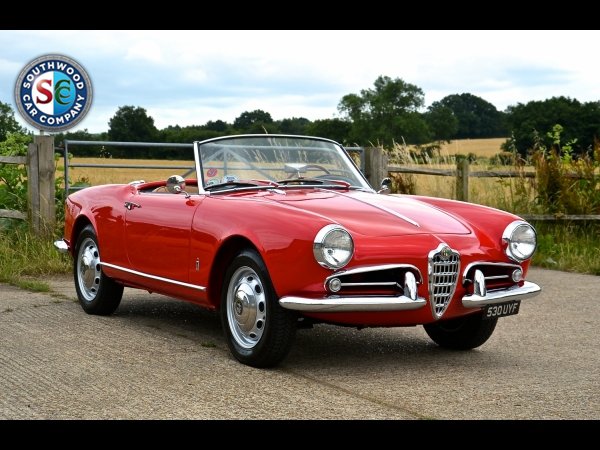 ** VIEWING BY APPOINTMENT ONLY PLEASE **

We are able to arrange or assist with worldwide shipping for potential acquirers of this motor car who do not reside in the UK.

This Giulietta Spider is well known in Alfa Owner Club circles. Having been awarded multi concours wins it has discreetly passed through the hands of several collectors since completion of its restoration.

AR 1495 04289 was brought to the UK from California for Jim Marland, master car builder and founder of Proteus Jaguar C Types. Jim purchased the Spider as a personal project to restore to concours condition for himself. It took him 18 months and on completion it won the overall concours award at National Alfa Day in June 2000. It also won best in class the following year.

His restoration was completely documented including invoices, photographs and several published restoration diaries. It has also been the subject of numerous published articles in major classic car magazines.

In February 2002, well known Alfa Romeo enthusiast Tony Ranson convinced Jim to sell him the Spider. Tony adored the car and loved using it and showing it whenever possible. In August of the same year it was the subject of a multi-page buyers guide in Classic Cars magazine where they described it as possibly the best in the world. Following this article Tony transferred his well-known registration number 66 PP onto the Spider.

In 2005 Tony became aware of a 1955 Pre series 750 Giulietta Sprint in Azzuro Capri blue, bought new as a 40th birthday present for Sig.ra Rosa Boita of Soragna, Italy by her husband. Fitted with the rare option of Borrani alloy, steel spoked wheels Sig.ra Boita kept her Sprint until 2002 aged 87, having covered just 45,500 miles in her. At a car show in the summer of that year Tony mentioned to collector Gareth Jones that he wanted to buy the Sprint, but to do so would need to sell his Spider. One thing led to another and a deal was struck to sell the Spider to him. Tony took on the Sprint, transferring 66 PP on to it. Tony was very proud of his Sprint; especially it's Borrani wheels and enjoyed it until he sadly passed away in October 2010.

In December 2010, following Tony's death, his wife approached Gareth Jones and asked him to let her buy back the Spider. Elene Ranson subsequently had the car meticulously maintained by 750 specialists RM Restorations in Andover, but in February 2014 she advised Chris Robinson that she thought the time was right to pass the car onto someone who would use it and enjoy it. This Giulietta has subsequently been returned to its original registration number. It has been cherished and shown many times by its last owner, an avid owners club and Giulietta Register member. Under his custody it has gone on to win a number of further awards including a major win at the Birmingham Classic Car show in 2015.

Since being purchased by Southwood we have carried out a detailed preparation of the car including the overhaul of it 4 speed tunnel gearbox and ZF steering box.

This is a truly exceptional car with an interesting and extremely comprehensive history file, the best available, please call for more information or to arrange a viewing or inspection. 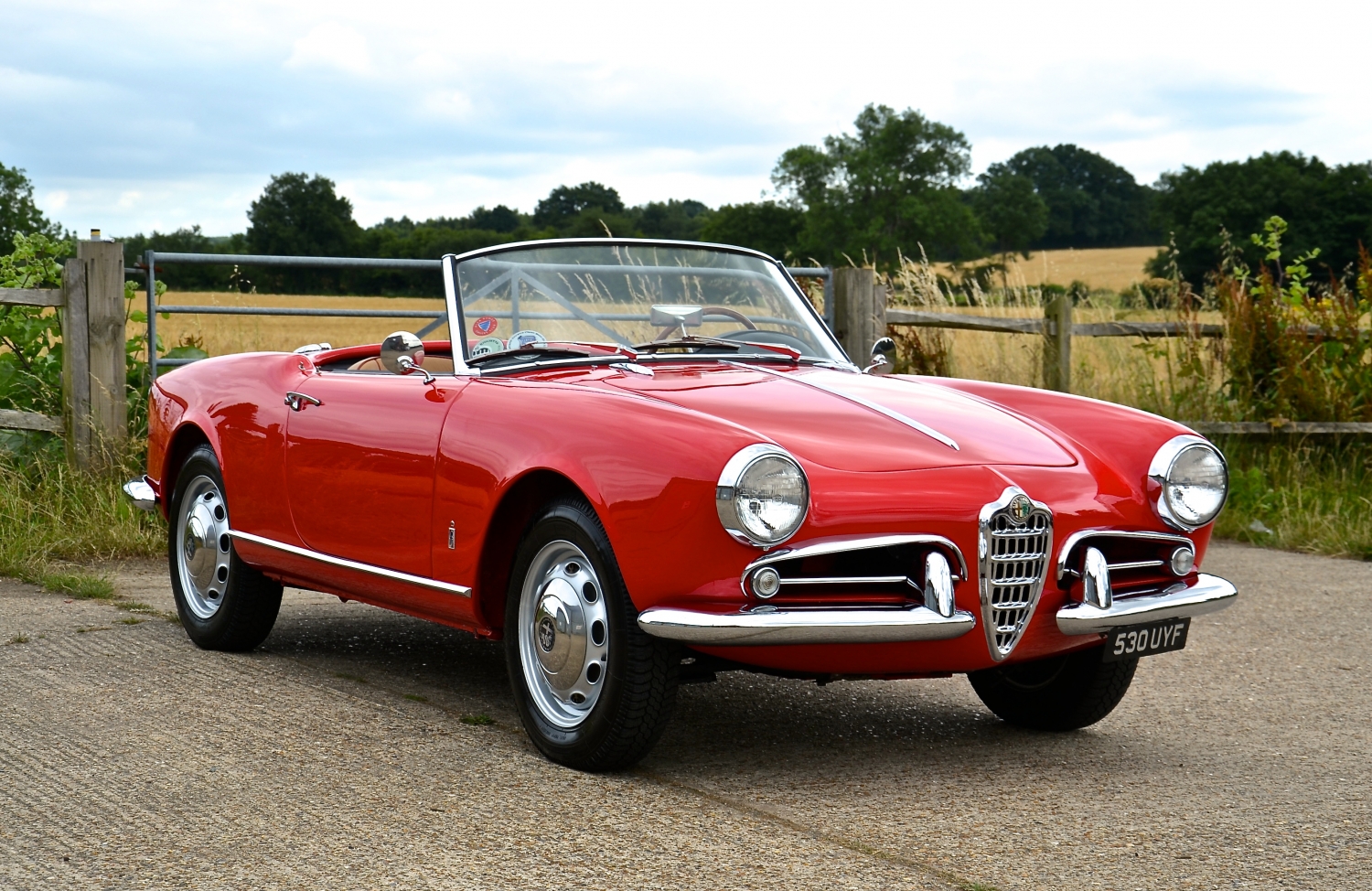